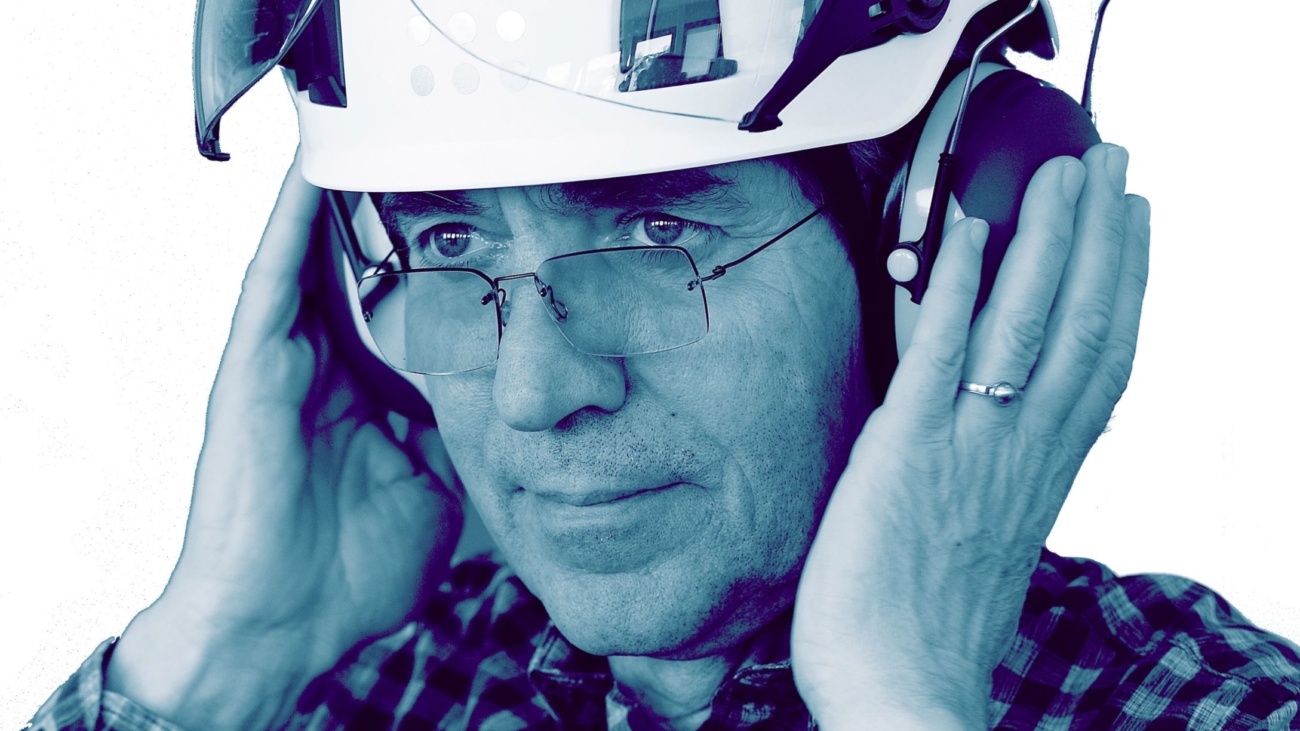 This article is originally posted in a norwegian magazine (”Dialog”) for the Petroleum Safety Authority Norway. Read the entire article here.

Noise measurements in the oil industry have found an echo in international standards for the working environment. It all started with the RNNP.

The office walls at Brekke & Strand Akustikk in Stavanger are decorated with mathematical formulae, while equipment old and new is on display in glass cases. The latter include a measuring device presenting sound as waves in several colours. It was this machine which persuaded six-year-old Magnus Ognedal to follow in his father’s footsteps.

Dad Tønnes and he are both acousticians, and Magnus also self-identifies as “a bit of a nerd” – a positive quality when spreadsheets have to be converted to databases and then made understandable for and simple to use by non-specialists.

“In the ultimate analysis, noise is something which induces hearing loss and diminishes your quality of life,” explains Tønnes.

His father-in-law was a ship’s captain, and when he served at sea it was normal that the engineers on board suffered from deafness. That was just the way things were.

It was not until the late 1960s and 1970s that society became sufficiently aware of the link between noise exposure and hearing loss to do something about this.

Long-term exposure to an average sound level of 85 decibels (dB) is regarded as the ceiling for noise before hearing risks being damaged.

The scale is such that each time the sound level doubles, decibels increase b three. So the impact of 83 dB is twice as high as 80 dB.

The 85 dB limit applies for an eight-our working day. But offshore personnel put in a 12-hour shift, and the ceiling then is 83 dB.

“We live in a good country where great attention is paid to the working environment, and where the acceptability of harm at work is low,” observes Tønnes.

“The oil industry is more concerned about this, and has more money to do something about it,” adds Magnus.

When his father qualified as an acoustician in 1980, demand for this speciality was so low that he had to work as a civil engineer as well.

But he eventually got more do in his field, and started the Sinus company in 1992. Around 2000, he was contacted by the PSA to help lay the basis for the RNNP reporting tool.

The question was whether a simple method existed for calculating noise loads. This marked the start to extensive sound mapping on facilities where people do different jobs in various places over a working day.

Sinus proposed selecting the two jobs with the highest noise level, along with the two longest periods spent working in the noisiest areas.

That made it possible to calculate the average noise exposure. This in turn provided an indicator which could be incorporated in the RNNP.

The PSA acquired its first noise data from the operators in 2005 and forwarded them to Sinus, where Magnus was mainly responsible for processing the information.

He continued with this job until 2015, when the noise indicator became one of three to be put on hold because they no longer functioned as intended.

Explaining this, Sigvart Zachariassen at the PSA says there was too much cut-and-paste in the reporting from year to year and insufficient attention paid by the operators to preventive work.

The database remains publicly available, although facility and plant names are anonymised. Both the PSA and the companies themselves can access data for their facilities and plants.

Should this prove desirable, the indicator could be revived. Brekke & Strand Akustikk, which Sinus became part of in 2018, benefits greatly from it in its own work.

“We can use the indicator for estimates when we produce noise zone maps and risk assessments, or to assess measures for the highest-risk areas,” says Øistein Nessler, offshore manager at Sinus.